The Coronavirus Crisis Brings Italy Together

It is without a doubt that we’re all living through a very hard time, but the truth is that we are living through it as a community. As Italy is struggling and mourning its losses just as China did a few weeks ago, there’s another aspect of the story which is emerging to the worldwide attention thanks in part to national news, but mostly to social media. It’s a story of resistance, rediscovered empathy and fraternity. Here are a few pieces of happy news, in case you missed them:

The Italian People Rise Up

Many Italian celebrities started fundraising or donated a generous amount of money to support the public health system. Above all, instagram influencer Chiara Ferragni and her husband, the Italian singer Fedez, managed to raise more than 4 million euro for the construction of a new intensive care ward at the San Raffaele Hospital in Milan, which was built in only 12 days. From politicians to actors and actresses, from singers to football teams and individual players, from sports stars to big fashion names like Armani, Versace, Prada, Dolce & Gabbana, Valentino Rossi, and even the Fondazione Andrea Bocelli, all have played their part in supporting their home country.

What is even more heart-warming are the ways that common people have come up with to help one another. As soon as the lockdown started on March 9th, notes and signs appeared in apartment buildings, with younger people volunteering to bring groceries to those who had been advised to stay inside at all costs. Charities, religious associations, and even local shops themselves have arranged an extensive delivery service so that people can avoid going out and queueing too long to buy necessities.

When not working from home, people spend several hours online and on the phone keeping in touch with friends and family who live all over the country. Having video-call aperitifs and dinners can keep people both keep busy and stay happy! Social media live dance and gym classes and book readings, online cooking tutorials, and other communications can help people find beauty in such a dark period. There have even been online virtual tours of museums, open source libraries, and online concerts filling the web with culture and beauty. And, of course, singing and playing music from windows and balconies is quickly becoming a popular trend for people in isolation all over Europe, with Irish musicians performing traditional music from pub rooftops, to Germans sending a big virtual hug to their ‘amici italiani’ by singing Bella Ciao. 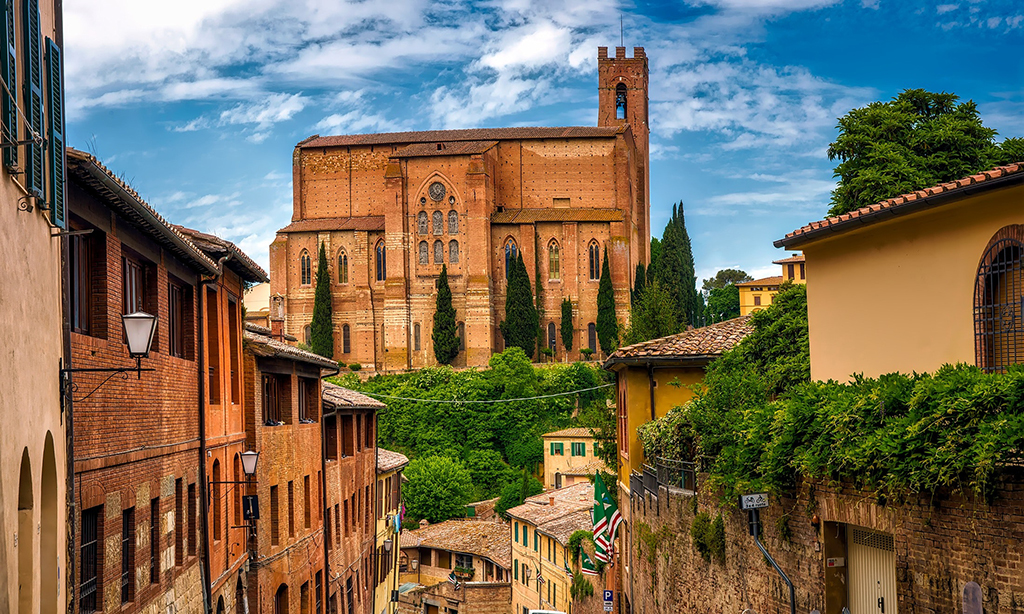 Solidarity and Support for Medical Professionals

The Italian people are also doing their best to help doctors and medical personnel in any way they can. Even though restaurants and bars have been closed since March 11th, owners of pizzerias and bakeries all over Italy have decided to remain in operation with a reduced staff (often their own families) to provide hospital workers with free pizza or cornetti, sometimes with donations from other citizens who help them buy the raw material. Upholsterers and seamstresses are crafting new breathing masks for both health personnel and fellow citizens alike, trying where possible to make them as colorful as they can, to lift spirits up.

On a more technical level, people are rising to other kinds of challenges. For example, following an online plea for low-running medical materials, engineers Cristian Fracassi and Alessandro Romaioli and their team succeeded in designing and 3D-printing valves for intensive care machines that are now being produced on small scale, filling critical gaps in supplies and saving the lives of patients hospitalized in Chiari, Lombardy. In Emilia Romagna, Marco Ranieri (professor at the Department of Medical and Surgical Studies at the University of Bologna), together with his colleagues and a local company, designed a ventilator machine which can provide oxygen to two patients once. The machine has already been tested at Sant’Orsola Hospital in Bologna, and arrangements are being made to start a wider production. 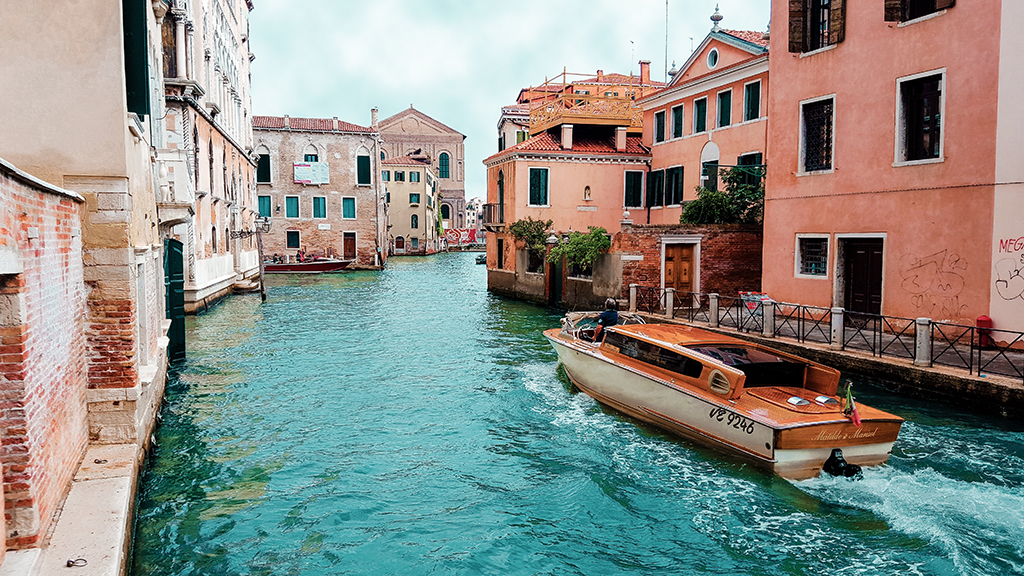 A welcome side effect of Italy’s newfound stillness, and one that will hopefully inspire a constructive debate once this is all over, is the environmental one. Videos and pictures document how nature is stepping back in the scene. Day by day, satellites are showing the pollution rate dropping significantly, ducks came back to populate Rome’s famous fountains, dolphins have been spotted in Cagliari Port in Sardinia, and people are amazed at seeing Venice’s canals as clean as they’ve been in ages, a happy thought in such difficult times.

We Will Get Through This

What Italy has demonstrated is a strong will to react to an unprecedented crisis, a fierce attachment to life, and a renewed sense of community. This too shall pass, and we can’t wait to be the first to welcome you to our beautiful country, once everything is over.

It has now been six weeks since Italy began its national lockdown. What began as encouragement and inspiring acts of community and solidarity has turned into a deeper and heavier realization of the reality of the situation, and what will have to happen before the lockdown is lifted. We’re sure our American friends may understand this feeling.

What is noteworthy, however, are the ways in which those initial reactions made space for quieter, more organized, resistant and long-term ones.

When a call for medical staff was sounded, hundreds of people volunteered; funds were raised on large and small scales, and volunteers kept working to provide elderly people and those in need with essential goods. Mayors committed fiercely to the safety of their own cities (you may have heard of Mr. De Luca!). The relief funds that the government allocated for families and freelancers started to arrive today after only two weeks.

The Curve is Flattening

We’re starting to see the light at the end of the tunnel. It’s faint, but it’s all we need for the strength to keep going and stick it out until the end of the lockdown and prepare for our future in the light, hopefully sooner than later. This week, experts have declared that the curve is finally flattening: the number of people checking into intensive care continues to decline, and, on Easter Sunday, Italy saw the lowest number of deaths since March 19th. Umbria, the region where the Ciao Andiamo Italy office is located, reported only one new case today; together with Sardinia and a few others, it is among the regions that are getting closer to the zero-new-cases goal.

Some other major news is that Italy is slowly starting to reopen activities! Although the recommendation for caution remains and some counties are further postponing the deadline, not only are more and more restaurants and bars opening for home deliveries, but this week has also seen establishments such as bookstores, children’s clothing stores, and some others reopen, respecting a limited schedule and social-distancing rules.

Updated measures should progressively arrive as we get closer to the last-set lockdown deadline on May 3rd. Whatever they will be, we trust that #andràtuttobene (everything will be alright).

A Guide to the Green Heart of Italy